Posted about four months ago by Dave Graichen

A 48-year-old woman and three children died in an early Sunday morning fire on Wainwright Street in Alexandria. The State Fire Marshal reports that firefighters recovered the woman’s body from the home along with the bodies of a 7-year-old girl, a 4-year-old girl, and a 4-month-old girl. It’s believed the woman was the grandmother of at least one of the children. The cause of the fire has yet to be released and remains under investigation.

The State Fire Marshall’s office is investigating a second fatal fire the occurred over the weekend. In East Baton Rouge Parish a man was found dead inside of his burnt-out home early Saturday morning.

A Shreveport woman is dead after being attacked by two pit bulls on Thursday night.  The victim has been identified as 64-year-old Geraldine Hamlin.  Shreveport Police say the woman shared a home with her son and the dogs. The victim was taken to a hospital where she died on Friday morning. Authorities say it is unclear as to what, if anything, provoked the animals to attack..

Governor Edwards will lay out his legislative agenda today at the Baton Rouge Press Club, exactly one week before the start of the 2020 session. Political analyst Bernie Pinsonat expects the Governor will continue pushing a minimum wage increase and equal pay for women. The Governor’s budget recommends a 25 million dollar increase in early childhood education spending as well. Lawsuit reform is expected to dominate the upcoming session. Pinsonat says despite his past opposition, he feels Edwards has little choice but to come out with some compromise offers today.

LSU Manship School of Mass Communication professor Len Apcar relaunches a website that aims to help spot fake news and disinformation.  The website, detectfakenews.com, is a curated resource guide on the latest developments in fake news.  Apcar says the website is full of tips on how to fact check with do-it-yourself tools and information. Apcar says fake news is all around us, but it’s a small percentage of the overall amount of information out there.  However, it is increasing.

According to AAA, in 2019, Louisiana households saved nearly $46 a month at the pump compared to 2018.  AAA fuel analyst Don Redman says coronavirus fears are driving prices down again, so we may see savings this year over last year.

A 19-year-old frat member has been arrested, accused of breaking into Tiger Stadium on separate occasions and causing $8000 in damages to the field with an ATV. The field was under construction and without grass at the time and just had a new drainage system installed.

Louisiana is set to play a pivotal role in the future of abortion access in the country, as the U.S. Supreme Court takes up its first major abortion case of the Trump era this week. Louisiana's Act 620 would require abortion providers to have admitting privileges at a nearby hospital. It overwhelmingly passed the Louisiana Legislature in a bipartisan vote in 2014 and has since become the crux of the reproductive rights debate nationally.

It's already being trumpeted by supporters and opponents as a law that, if upheld, could pave the way for states to pass laws that tightly restrict, or potentially even ban, abortion,  upending the court's landmark 1973 Roe v. Wade decision.

A total of 21 people have applied to be state superintendent of education, including both public school and higher education professionals. State Superintendent of Education John White, who has held the job for eight years, is set to resign next week.

Louis Armstrong International Airport in New Orleans scores a 2.6-million-dollar grant to help expand capacity. The money was won in part because of the work of Baton Rouge Congressman Garret Graves, who sits on the House Subcommittee on Aviation. Graves says the airport has received nearly ten million dollars in grants since November of 2019. Two taxiways at the airport are also set to undergo construction in the fall, part of a 40 million dollar project.

New Orleans State Senator Troy Carter files a bill that will ban “hate-related” throws at Mardi Gras parades. Earlier this month a father was stunned when his son caught a racially-themed throw at the Mystic Knights of Adonis parade in Gretna. The throw was a caricature of a black man holding a watermelon with a noose around his neck.

The Advocate reports State education leaders are scrambling to help half a dozen rural school districts suffering from sharp drops in enrollment, financial problems and trouble recruiting teachers.  Another 15 school districts are listed by state officials in the second tier of troubles, including the City of Baker and the Assumption, East Feliciana and Pointe Coupee parish school systems. What it means is that 21 of Louisiana's 34 rural schools districts, nearly half the state, are either experiencing a "financial crisis" or expected to do so shortly, according to a recent report by the state Department of Education.

Actor and Director Tyler Perry has ordered a second autopsy for his nephew, Gavin Porter, who died at the Union Parish Detention Center last week. Porter who was found dead in his cell died of an apparent suicide according to the Union Parish Sheriff’s Office. The sheriff’s office says Porter was placed in solitary confinement after a fight involving several inmates.

On the air today… 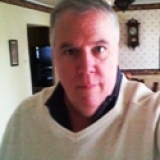 Dave Graichen
7:00am - 7:20am
World News Roundup/Morning Report
My Profile